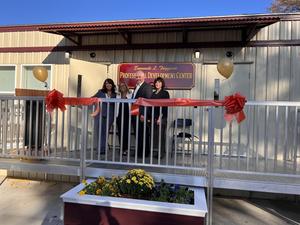 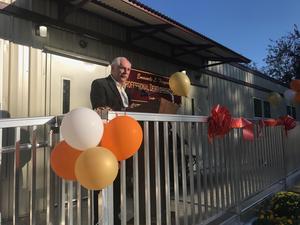 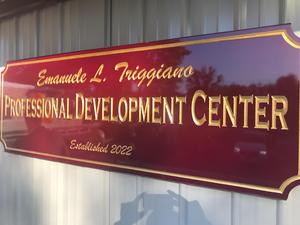 A Dedication Ceremony for the new Emanuele L. Triggiano Professional Development Center, located on the Selzer School property, was held on October 20. This new center not only provides a perfect space for continuous learning opportunities for our staff, but also helps to provide much needed office and meeting spaces for members of our District’s Child Study Team.

The center is named after the District’s former Superintendent, Mr. Emanuele Triggiano, who began his 31 year-long career in Dumont as the Principal of Lincoln School. While in Dumont, Mr. Triggiano also served as the Physical Education Supervisor and the Technology Supervisor before becoming Superintendent in 2008.

As Superintendent, he continued to lead by example with his administrative team and brought his special brand of hard work and caring to continue to improve the district overall. Examples include making various improvements to our existing facilities, school security enhancements and continued improvement in our instructional programs. It is only fitting that our new PDC facility would bear the name of someone who has made such an impact in our district.

Members of the Board of Education, school administrators, teachers and staff were on hand for the ceremonial ribbon cutting and unveiling of the building’s new sign.